The palloza is a traditional dwelling, typical of the Ancares region, which was constructed throughout history with circular-shaped stone walls, and covered with straw (thatch), laid over wooden structures. These buildings have survived over time, and until very recently; being the most coherent solution to the harsh climatic conditions of the region.

In Piornedo and other nearby settlements, both in Lugo and in León, there are numerous examples of pallozas and palleiros (a similar structure which was used to store hay), an authentic ethnographical testimony to a traditional life style, and which in many ways is reminiscent of the pre-historical world of the castros (pre-Roman military camp of circular formation). The hostile environmental conditions led to communities of palloza gathering on the most protected side of the mountain ranges, along with their agricultural land. As can be found throughout Galicia, the ‘hórreo' is a traditional structure, which was used as a granary, and the Ancares example of the hórreo, is a wooden construction elevated on four stone posts, similarly covered with rye straw.

The pressing problem of conserving the hórreo, due to the decline in their use, has influenced the subsistence of these vernacular constructions, which are now protected by law, and difficult to maintain.

Over time the architecture of the mountain villages has evolved and developed into stone structures with slate roofs, which like the pallozas are also for residential use, as well as shelters for cattle, and are open to be visited by the general public. 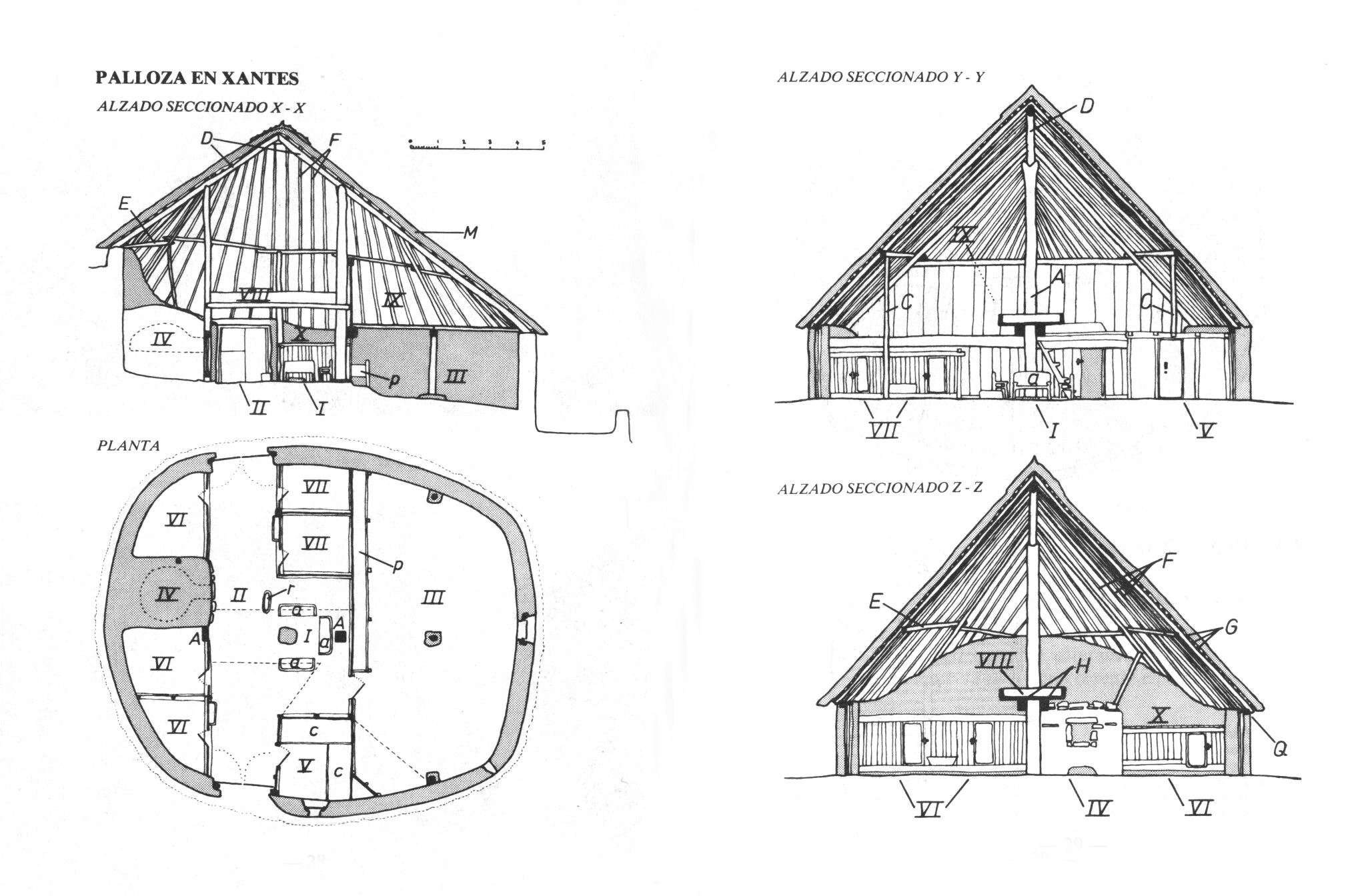 The history of the local villages is also clearly represented by a number of small Romanesque churches, many of which have been accompanied over the centuries by ancient yew trees, dating back thousands of years, continuing to watch over their worship. Others feature important artistic elements: Oencia, the greatest retablos (religious art works) of Sobrado and Paradaseca, Santa Marina de Balboa, the northern portal at Ruitelán, the ‘torre de la de Vega’ of Valcarce, the interior walls of Herrerías and la Faba, the coffered ceilings of Valle de Finolledo and San Martín de Moreda, the church at the San Andrés Monastery in Vega de Espinareda…

There are numerous examples of pre-industrial constructions such as mills and forges, which in many cases demonstrate the acute genius of the builders of the time, where technology scarcely reached these isolated regions. There are also countless examples of mining activity, particularly for iron and gold. Of particular interest are the Médulas de la Leitosa, in the Burbia Valley, near to Paradaseca, a Roman mine, similar to that which can be found at the Médulas del Bierzo, since it was based on Ruina Montium, the ancient Roman mining technique.